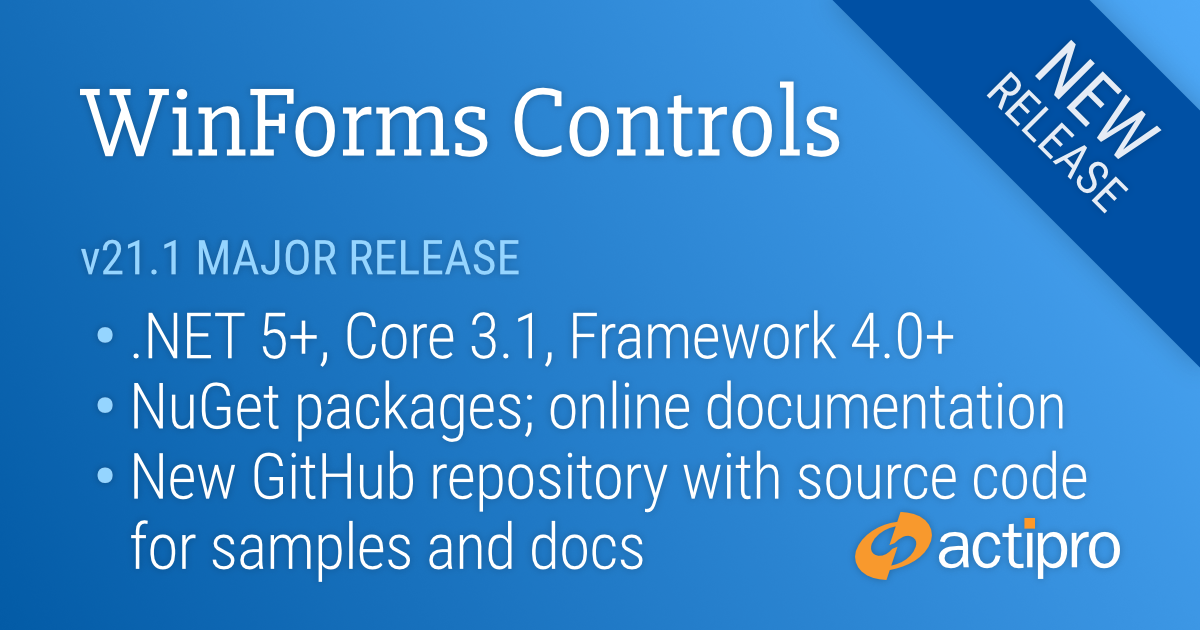 Our previous post on the WinForms Controls v21.1 Release Candidate gives more information on all of the items described above.

We've had metro themes in our WPF control products for over a year now and recently announced that they are getting some very nice updates for their 2014.1, with a number of refinements and enhancements.

Today I'd like to announce that a Metro Light theme is coming to our WinForms Controls as well!  This new theme gives your WinForms apps a Visual Studio 2013-like appearance.

First, we've added an additional option to the WindowsColorSchemeType that is called MetroLight and uses a flat color scheme similar to Visual Studio 2013's look.

Next, we created brand new renderers for our Bars, Docking/MDI, and Navigation products that draw the controls using the Metro appearance.  SyntaxEditor and Wizard already look good in Metro Light with their existing renderers.

Here's the Bar Controls demo, showing off the new theme: 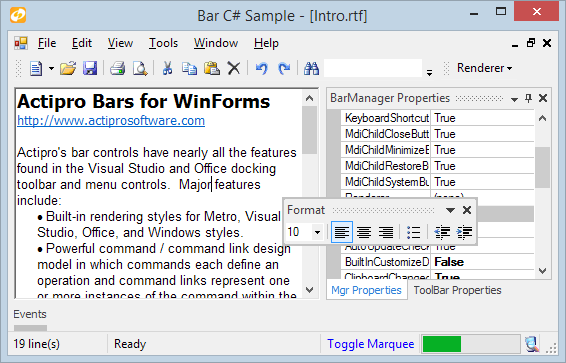 Notice how the entire window has a nice flat appearance and subtle touches like the dotted gripper title bars are included.

This great theme addition to give your WinForms app a fresh new Metro look will be available in the 2014.1 version of our WinForms Controls.