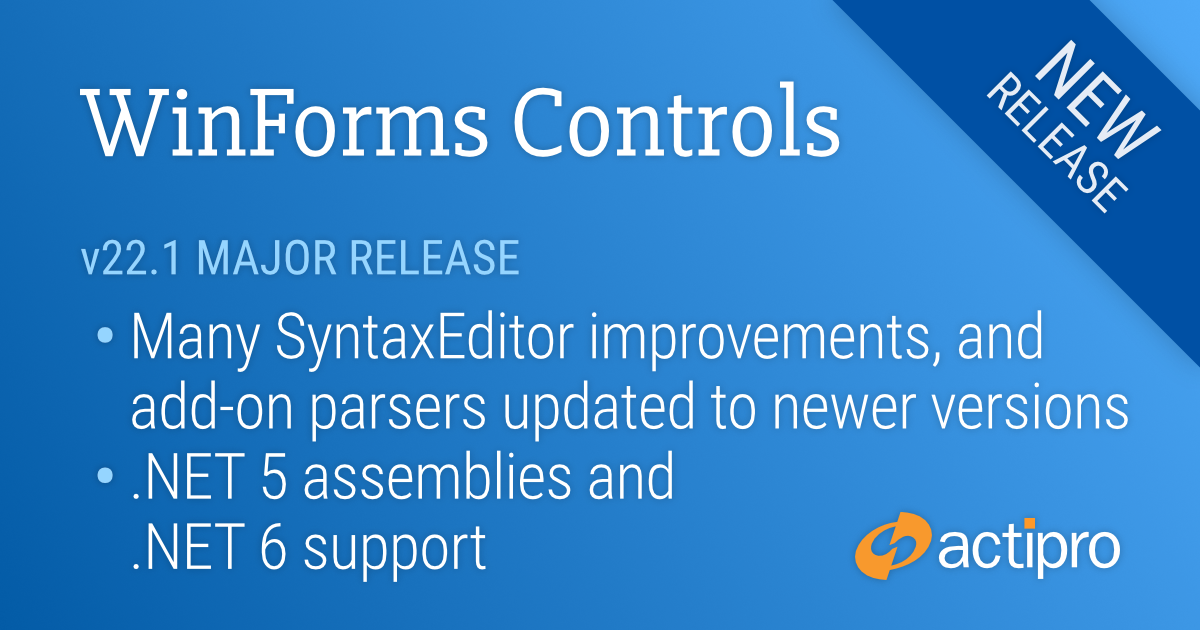 This version contains many updates and improvements for SyntaxEditor and its add-ons, along with including .NET 5 assemblies in the NuGet packages, validating .NET 6 compatibility, and adding VS 2022 designer support.

A new sample demonstrates synchronizing the scroller and splitter of one editor instance with another.

Added a formula example with alternate style for nested parentheses.

Made many small improvements in the areas of editing and caret movement, especially in certain special contexts.

Improved popups to reposition themselves as the editor is scrolled.

The vertical scrollbar has been updated to handle collapsed regions more smoothly.

A new sample that demonstrates using an IResolver to navigate to the source of a reference.

The outliner will now create nodes for code-level constructs such as block statements by default.

Added a constructor for whether the language should support JavaScript style comments, as in Microsoft’s JSONC variant.