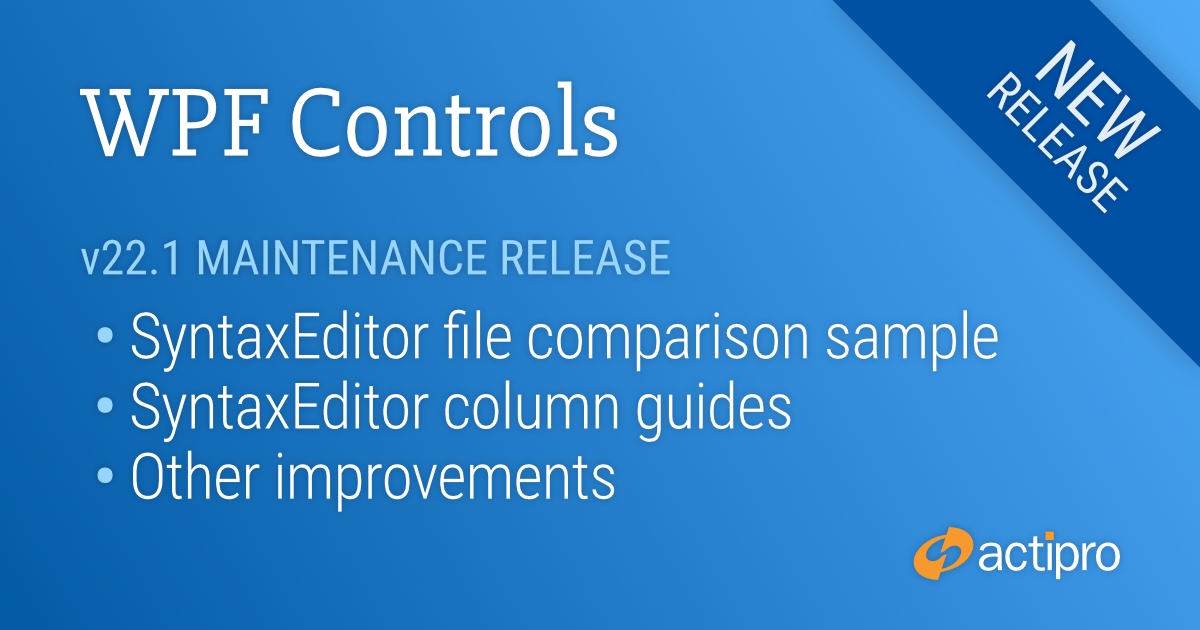 This version adds several exciting new features for SyntaxEditor, along with making numerous improvements to the control and its add-ons.  Other minor updates are made to Docking/MDI, Editors, Grids, Ribbon, Shell, and Themes.  Finally, Visual Studio 2022 designer support has been improved.

Many customers have asked how two SyntaxEditor instances could be configured to work side-by-side for comparing files. We've included a new QuickStart that demonstrates comparing two files and highlighting differences in both editors.

Differences are updated in real-time as a file is edited. Our sample is built using simple interfaces to represent the file differences so that any difference engine could easily be adapted to work with the sample.

Use the new column guides feature to designate where line breaks should occur within a file to stay within any readability guidelines your company may have.  For instance, a column guide might be set at column 80 or 120.

Other syntax languages like COBOL may also require that certain data is at certain character positions and column guides provide a visual way to ensure code is positioned properly.

We've done some more tuning in the completion item matching logic to squeeze out some additional performance gains.