The 2014.1 versions of our WPF, Silverlight, and WinRT/XAML controls have been released and are now available for download.

Metro themes will now not show images on tabs by default, and have changed auto-hide tabs to require a click (instead of hover) to open.  These updates match Visual Studio 2013 behavior.

We've added new events for the auto-hide popup (flyout) that fire when it is opened or closed.  The popup is also now displayed using a faster default animation speed.

When the DockSite.AutoHidePopupOpensOnMouseHover property is false, clicks on auto-hide tabs are required to toggle the auto-hide popup opened and closed. 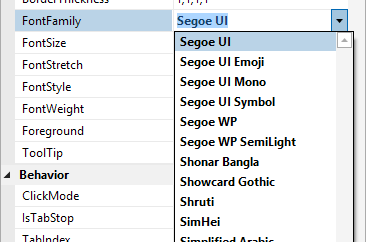 Added a new property that allows SyntaxEditor to measure itself based on text contents.  This works great for smaller documents in both multi-line and single-line modes.

Updated single-line mode to support word wrap, which is very useful when combined with the new view line measuring option.

Changed block indent mode to retain whitespace after the caret when Enter is pressed.

Numerous improvements to the VB language's handling of identifiers and variable declarations that don't include a type.

Added IntelliPrompt completion for keywords and symbols to the JavaScript language.

Added a new advanced JSON language that can be used to view/edit JSON files, along with a new related QuickStart. 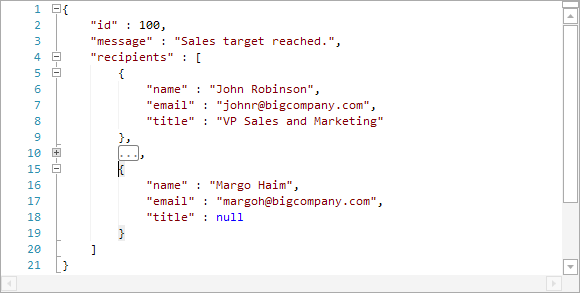 Many improvements to Metro themes (mostly in the Docking/MDI area described above), and improved WindowChrome (and RibbonWindow) rendering when maximized.

Added the RadialSlider control, which is a circular slider that can be used to input any scalar value.

Added the RingSlice control, which renders a portion of a ring at designated angles and radius.

Added the CircularThumb control, which is a thumb gripper with a circular shape and arrow adornment.

Added the AppBarHint control, which is a visual hint to users that app bars exist on a page, and can be tapped to toggle them open.

Added the ability to toggle description sidebar on some samples.