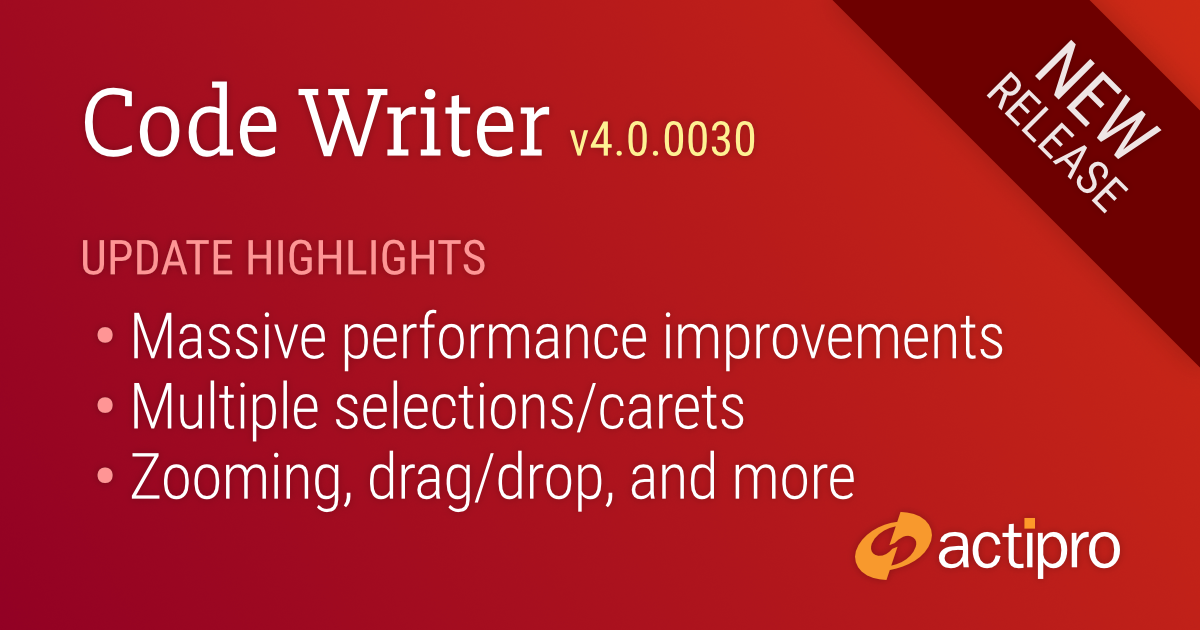 Code Writer v4.0 is a major update for Code Writer and is currently being published to the Microsoft Store.

Since there have been so many improvements and updates made to the core editor control (which is our upcoming v2019.1 UWP SyntaxEditor control) as part of this release, we are gradually rolling the update out.

Code Writer is a free text and code editing app, downloadable from the Microsoft Store, and is used by thousands of people each day.  Version 4.x requires the Windows 10 Fall Creators Update (version 1709) or later.