The Actipro WinRT XAML Controls 2013.2 have been released and are now ready for download.  This version adds a complete port of our SyntaxEditor control and related add-ons, and also adds a number of new controls to existing products.

A new WinRT XAML Studio bundle option is available that includes SyntaxEditor, Charts, Micro Charts, and our Shared Library.  The pricing saves you 40% over purchasing those products individually!  Best of all, once you have an active WinRT XAML Studio subscription, you will receive any new control products added to the bundle for free while your subscription is active.

If you are an existing customer of our individual WinRT/XAML controls and would like to switch to studio bundle at a discounted price, please contact our sales team.

Our SyntaxEditor control is fully ported and now is available for use in WinRT/XAML apps!  This code editor control lets you make any sort of IDE, script, or expression editor app. 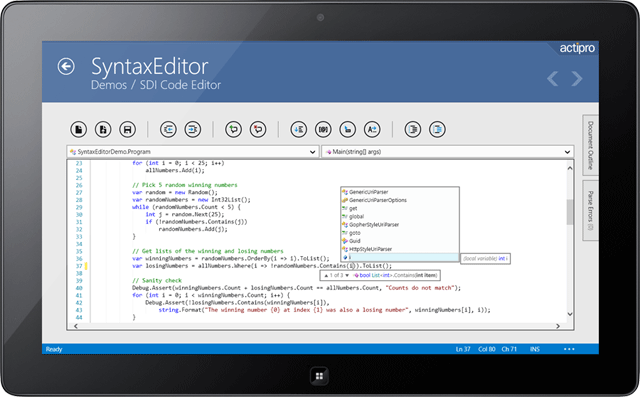 SyntaxEditor is a powerful text editing control that is packed with features for efficient code editing, including syntax highlighting, code outlining, parsing, line numbers, block selection, IntelliPrompt UI, zooming, adornments, single-line mode, and much more. It is built on top of our next-generation extensible text/parsing framework and has many of the same code editing features found in the Visual Studio code editor.  The WinRT/XAML version shares a codebase with the WPF and Silverlight versions of SyntaxEditor, making it easy to transition code between platforms.

Now you can build your own apps, just like our free Code Writer app in the Windows Store.

The framework is included with the SyntaxEditor control for WinRT/XAML. 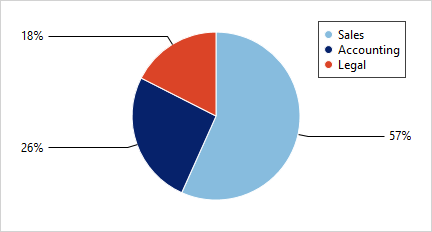 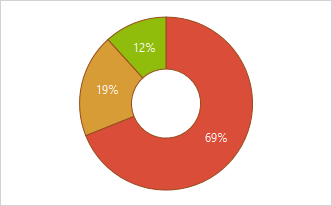 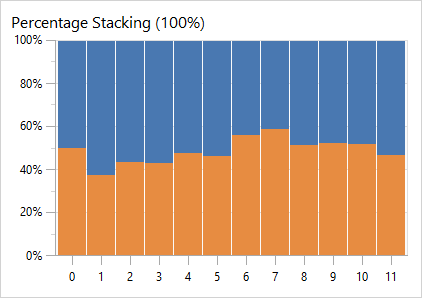 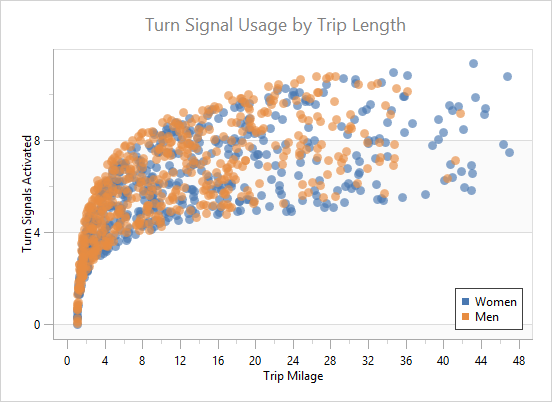 The XY charts now allow multi-part property paths to be specified in their XPath and YPath binding values.

RadialSlider is a circular slider that can be used to input any scalar value. 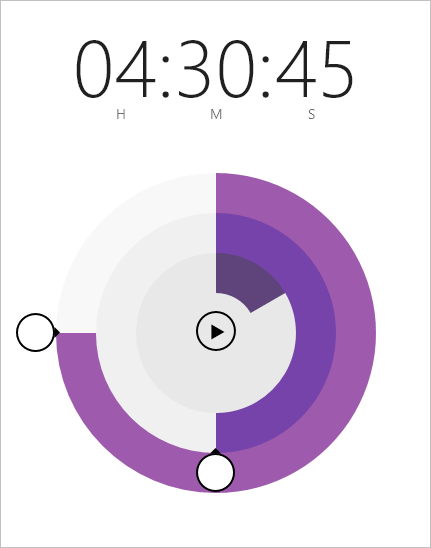 In the example above, a couple RadialSlider and RingSlice controls are combined to build a timer app.

RingSlice renders a portion of a ring at designated angles and radius.

The slice's start and end angles can be bound to any data and its appearance can be fully customized.  Make dotted lines, add different end cap styles, etc.

CircularThumb is a thumb gripper with a circular shape and arrow adornment.  It is what the end user interacts with in a RadialSlider, as seen in the screenshot above.

We've got an exciting new SyntaxEditor feature to announce that's been desired by a number of customers.  And best of all, it's coming to all our supported platforms:  WPF, Silverlight, WinRT/XAML (coming very shortly), and WinForms.

The new feature is the ability to edit multiple lines when a block selection is active, also known as column editing.  First, let's review block selections.

At this point you could extend the selection further and then copy it, move to a new location in the document, paste it, and the entire block would be pasted in place there.  This is a very handy editing feature in some scenarios.

In the next SyntaxEditor releases, we have altered how things work when you have the zero-width block selection.  Again this is the scenario where you start with no selection and press Shift+Alt+Down a couple times.  In the updated code, we now no longer show selection over all the lines and instead, render a thin line that displays where the block selection is.

In the screenshot above, you can see the blue lines that indicate the location of the zero-width block selection.

If we extend the block selection to the right, it become a rectangle that covers the class attributes.  We now can delete that by pressing Del.

Now let's get onto a demonstration of the new features coming for multi-line editing.

I've typed in the div tag again but I only did it once.  It automatically entered the characters I typed on each line that was part of the zero-width block selection.  That's pretty neat!

The last character I typed (a >) is now gone in all three lines.

WPF Controls 2013.1 build 591 has been released and is now available for download.  This build focuses on minor enhancements and bug fixes.

Silverlight Controls 2013.1 build 161 has been released and is now available for download.  This build focuses on minor enhancements and bug fixes.

The WinRT XAML port of our popular SyntaxEditor syntax-highlighting code editor control is now development complete and we're looking for beta testers to help make sure it's production ready for it's launch after Windows 8.1 is released. 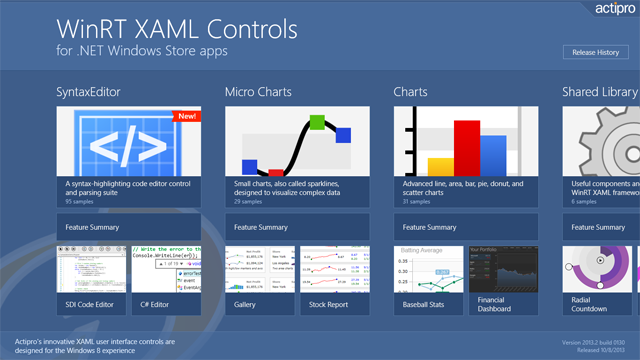 Note that Visual Studio 2013 RC (or later) and Windows 8.1 are required for this beta.

Please contact us if you would like to assist us by helping to test the control and its add-ons in your Windows 8.1 apps.  In your e-mail to us, give a brief overview of how you intend to use the product.

We look forward to hearing from you!